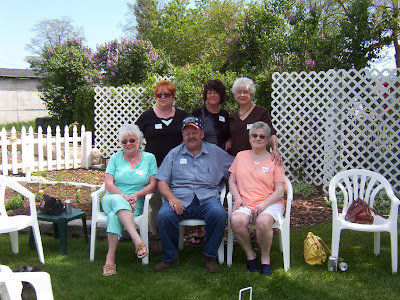 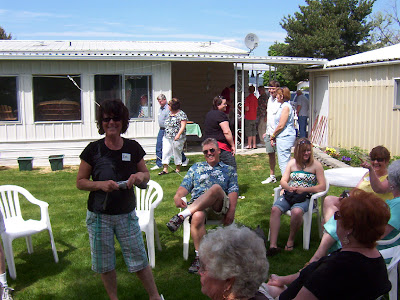 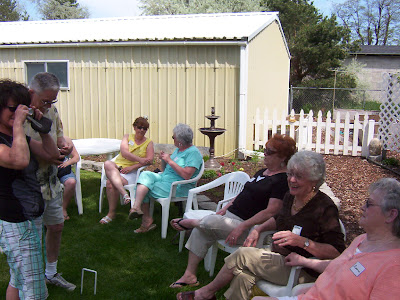 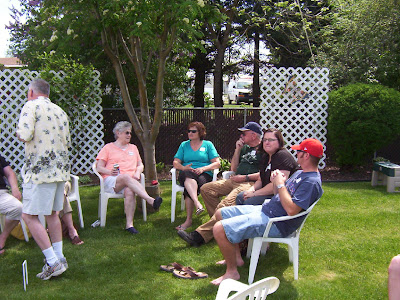 Last Saturday, we hosted a family reunion for my family and for Linda's family. We also had a bunch of friends over. Linda and I worked for about 2 weeks solid in preparation. The work was really tough, but the gathering was well worth it. I think we had between 35 and 40 people show up.
A few months ago, Linda and I met some people at church, and because we both liked fishing, that was the subject of most of our conversations. We had been sitting next to them during services for a couple of months. Because we both had interests in fishing, I shared my blog address with them. As stated in the beginning of this blog, I stated that I was a descendant of the James family out of Oakesdale Washington. Well, the next Sunday Deb (the lady that had been sitting next to me) showed up and grabbed my arm and said, "Tell me you're a James." So I said I'm a James. Turns out she is the daughter of my grandfather's brother. Someone my family has always called Uncle Orville. She is Mom's cousin. She and her husband Rick, along with her sisters Donna, Sheila, Dureen and Marsha were all there at the reunion. Also there were several of Linda's kin including daughters Kerry and Kristy, Sister Anita, grandsons Mike and Ron, and nephew Jon with his wife Diane and their two boys Quinn and Jack. Then of course there was a passel of friends. We had BBQ burgers and bratwursts, potato salad, green salad, fruit salad, beans, cake, pies, and too much other food to remember. We found out that some of our friends and relatives really know how to cook. We had croquet' in the back yard and badminton in the front yard. Kids brought skateboards, balls and frisbees. Everyone had a top notch time, and Linda and I thoroughly enjoyed ourselves.
Posted by Joe at 5:06 PM No comments: